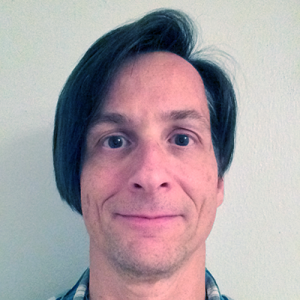 Jim Vogel earned a BS in Business Administration from Cardinal Stritch University in 1996 and then graduated in 2014 from UW-Madison’s MFA program with an emphasis in Technical Direction. He started his professional career as an Electronics Technician in the US Navy, then worked at GE Healthcare for 22 years as a Field Service Engineer, Instructor, Developer and Project Manager. He started working at UW-Madison’s Office of the Registrar in 2007 as the Internet Program Manager, responsible for the Registrar’s websites. In 2013 he transitioned to programming the Student Information System. Outside of work, Jim is active in the theatre and circus arts, and is both a performer and a technician, he has enjoyed being an actor, dancer, aerialist, trapeze artist, monkey on a German wheel, set designer, technical director, rigger, stagehand, stage manager, carpenter, lighting designer, lighting board operator, electrician, sound designer, sound board operator and all around jack-of-all-trades.